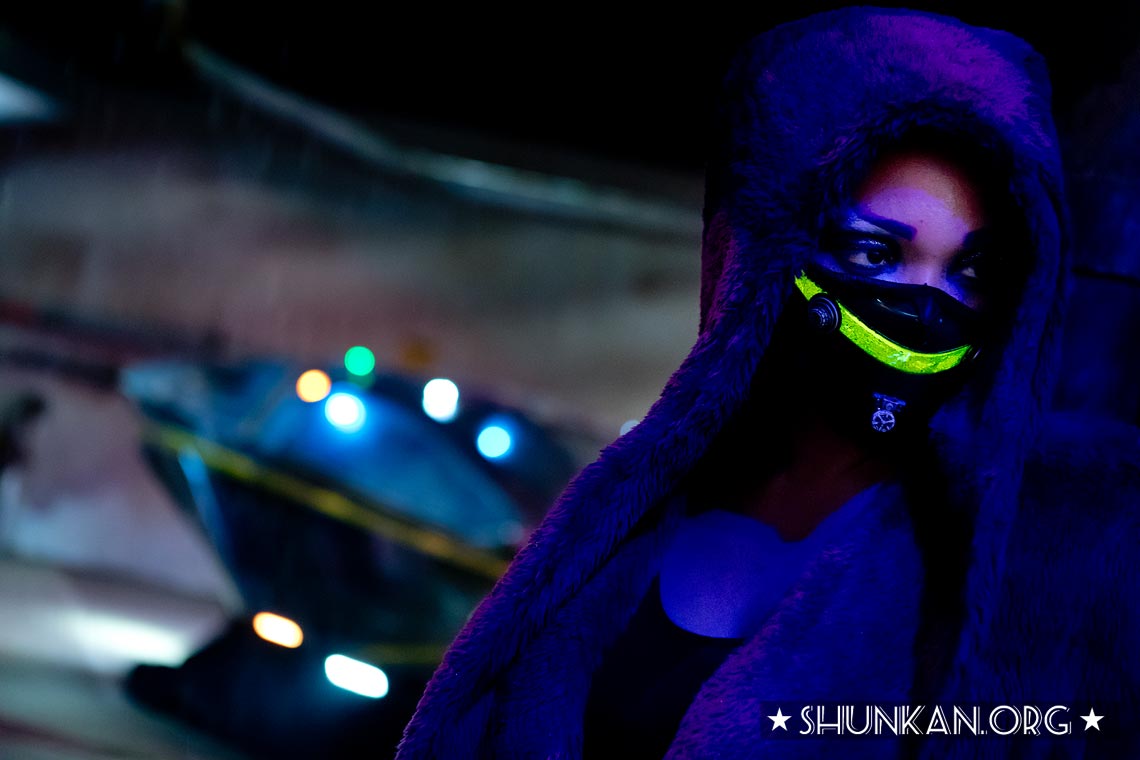 This year's Comic Con was a bit of disappointing, since the organizers had closed the grand staircase at the Convention Center, where cosplayers and photographers usually meet for photo shootings. So it was kind of hard to find good locations and good cosplayers at the same time.
But when I stumbled upon something called "Blade Runner 2049 Experience", all grief was forgotten. Basically they had set up a piece of the dystopian world of the new Blade Runner movie, which takes place in Los Angeles in 2049, in a huge tent with props from the old and the new movie. 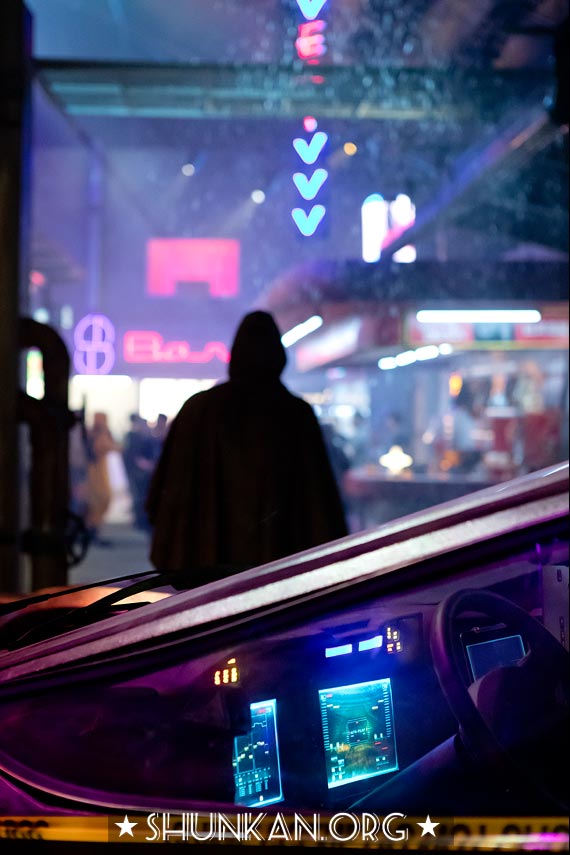 I am a big fan of the classical "Blade Runner" movie, although the trailer for the new "Blade Runner 2049" looks very promising, too. The visuals are stunning, and for those of you who have watched the first Blade Runner movie, you will recognize some of the epic music.
I hope the story can keep up with the visuals, but judging from the trailer it is looking pretty good so far. Blade Runner is such an awesome story, it would kill me if they messed it up like the sequel of "Tron", which was visually pleasing, but lacking an exciting story. 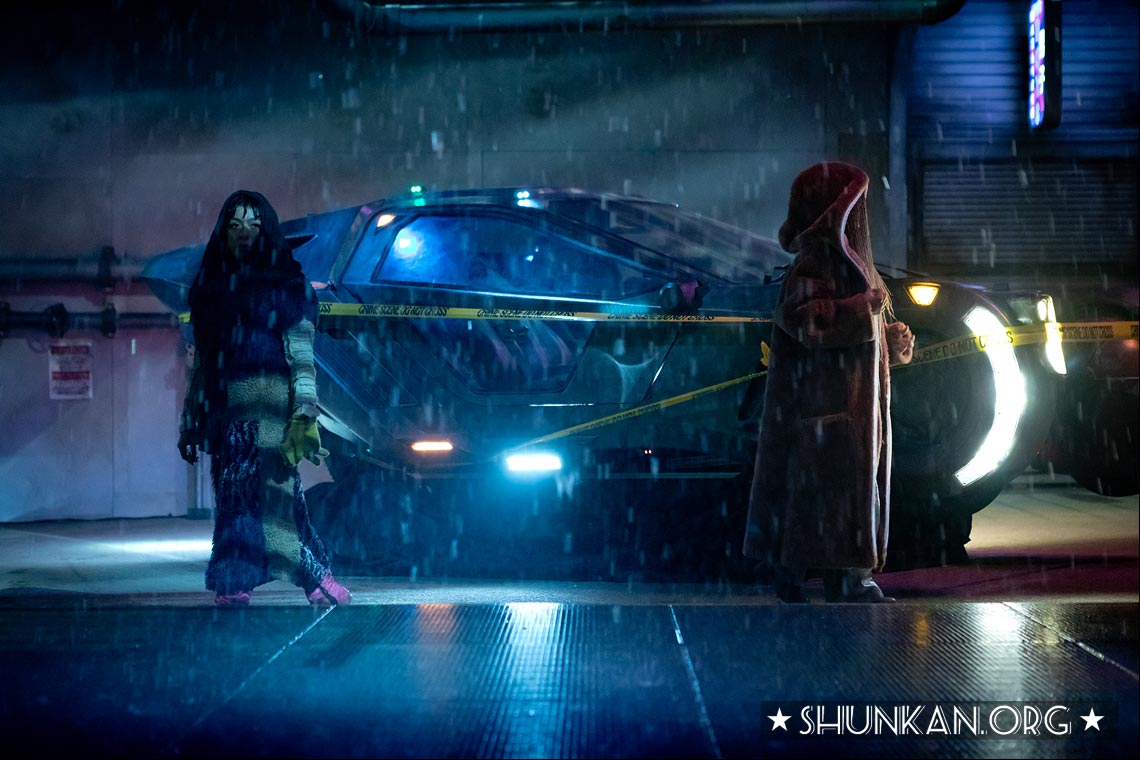 While I was in this futuristic set up, it felt like in Science Fiction heaven. They treated us with an astonishing VR experience, where you get to see the Blade runner universe with the help of a Gear VR headset and D-Box motion simulator chairs. The latter makes the story, where you hunt down a replicant in a spinner (aka a hover car), even more realistic and awesome.
They even casted maybe a dozen live interactive actors in 2049-style garb, which made the experience even more unique, like these guys standing next to a crashed spinner. 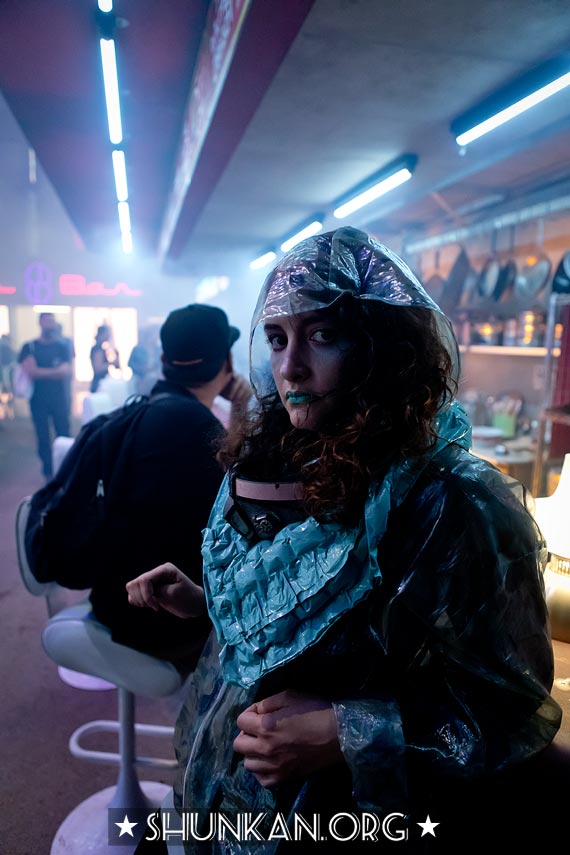 Don't look at me like that! I'm not a replicant, I swear! 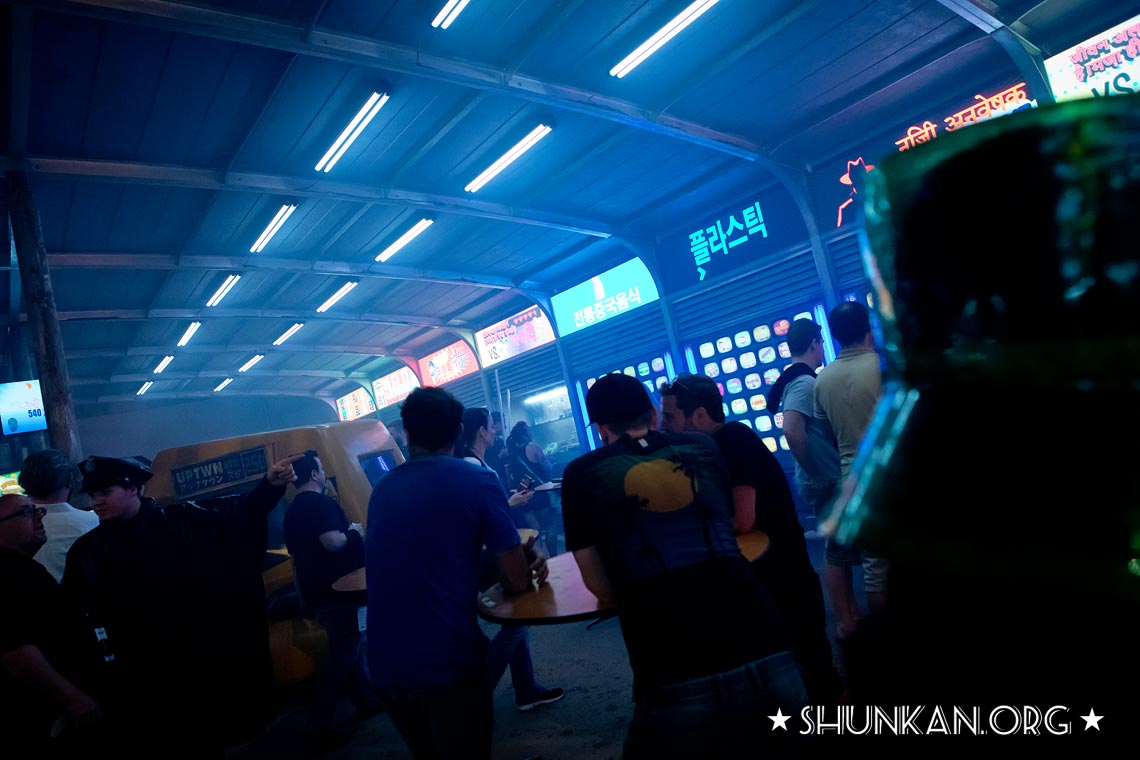 The Blade Runner 2049 Experience was pretty crowded, and I heard some people had to wait as long as 90 minutes to get in. I got lucky though, press credentials got me in under 30 minutes, which I am really thankful for! 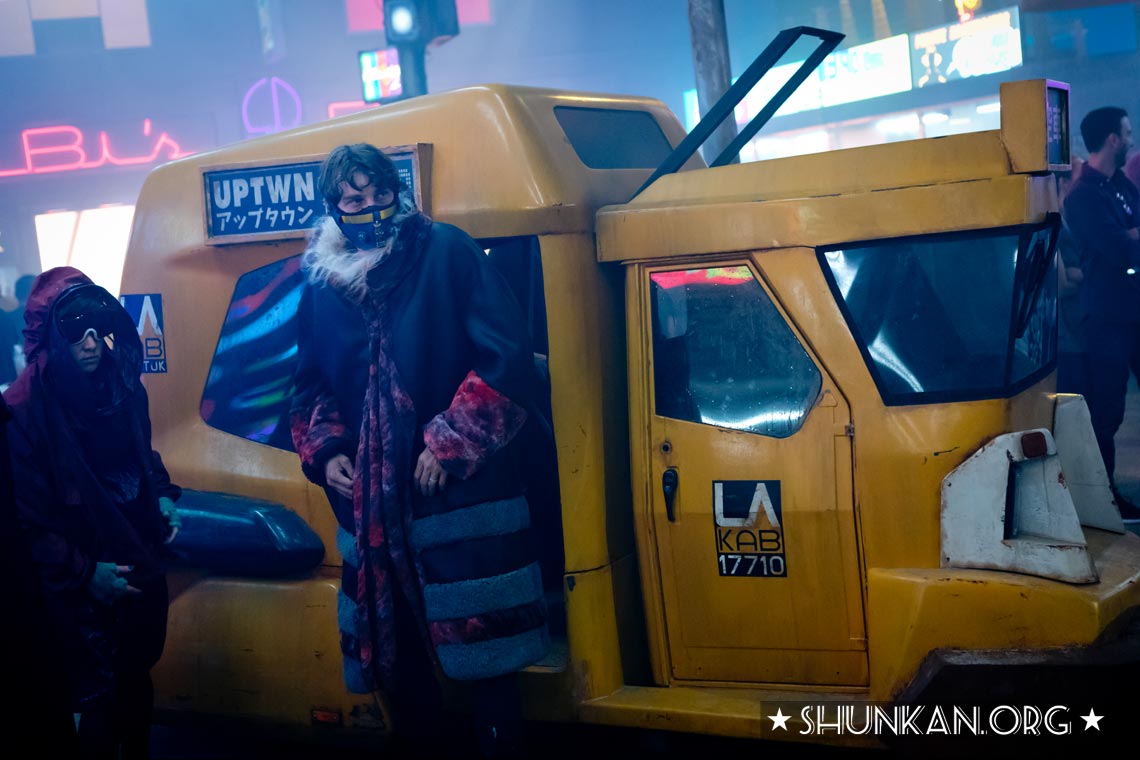 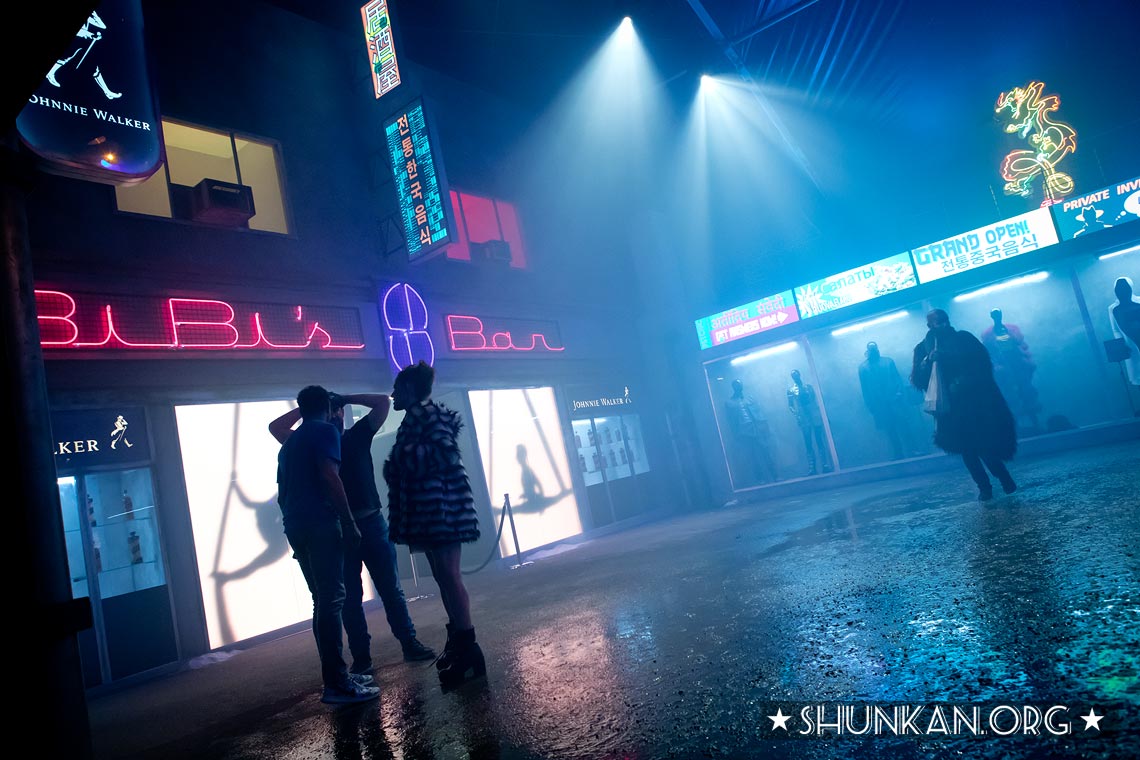 The Blade Runner 2049 Experience is so fantastic, if I could, I would move there. Although Blade Runner reminds me a lot of Tokyo, especially at night during the rainy season. Anyway, I was really stoked. Everything was immaculate with a lot of love to the details. 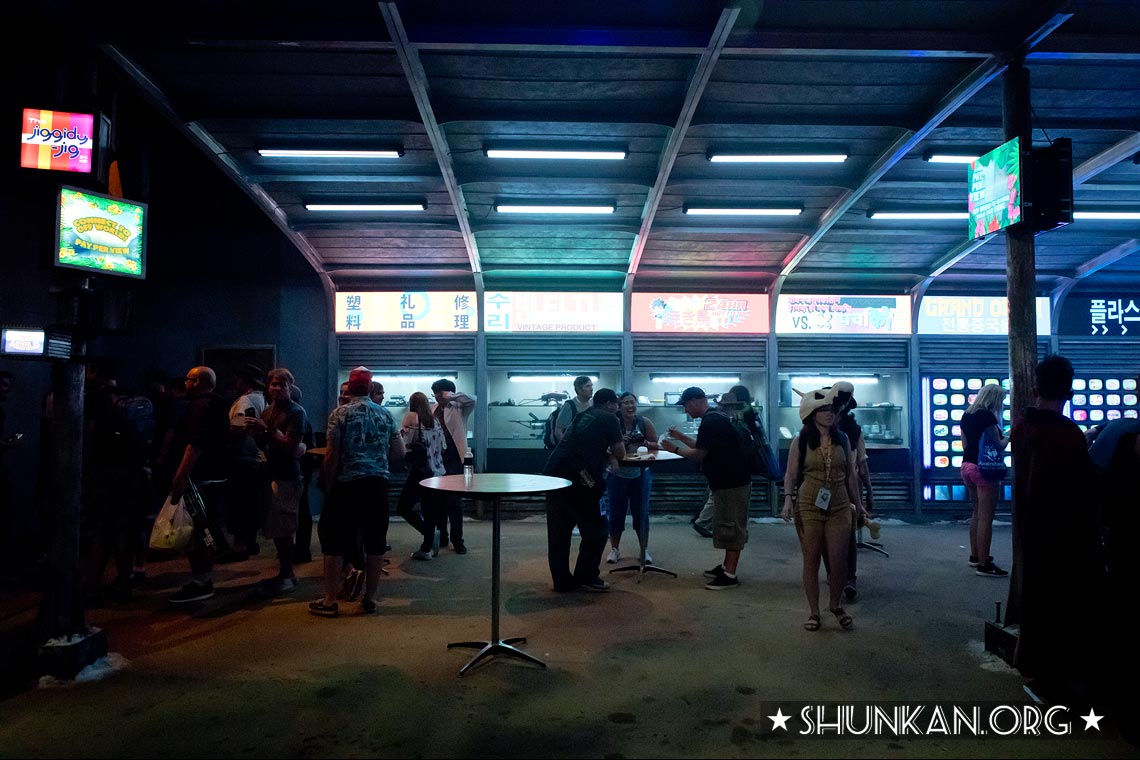 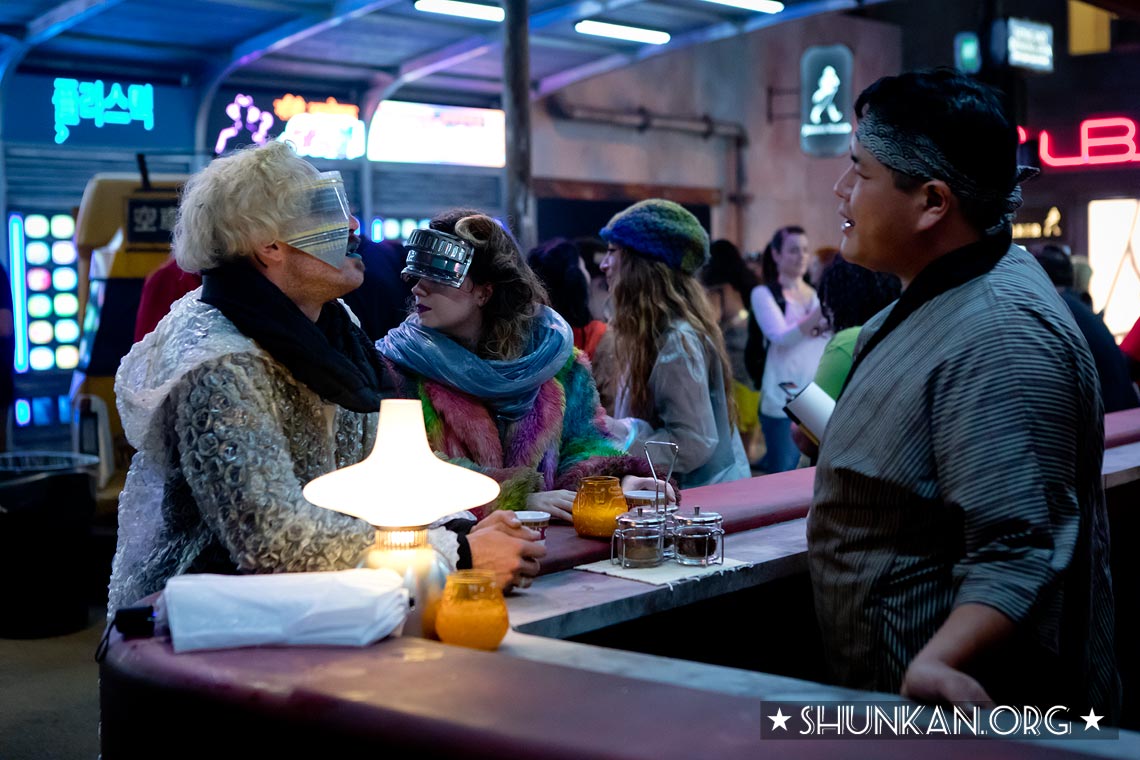 Fashion in future Los Angeles seems to be quite different. 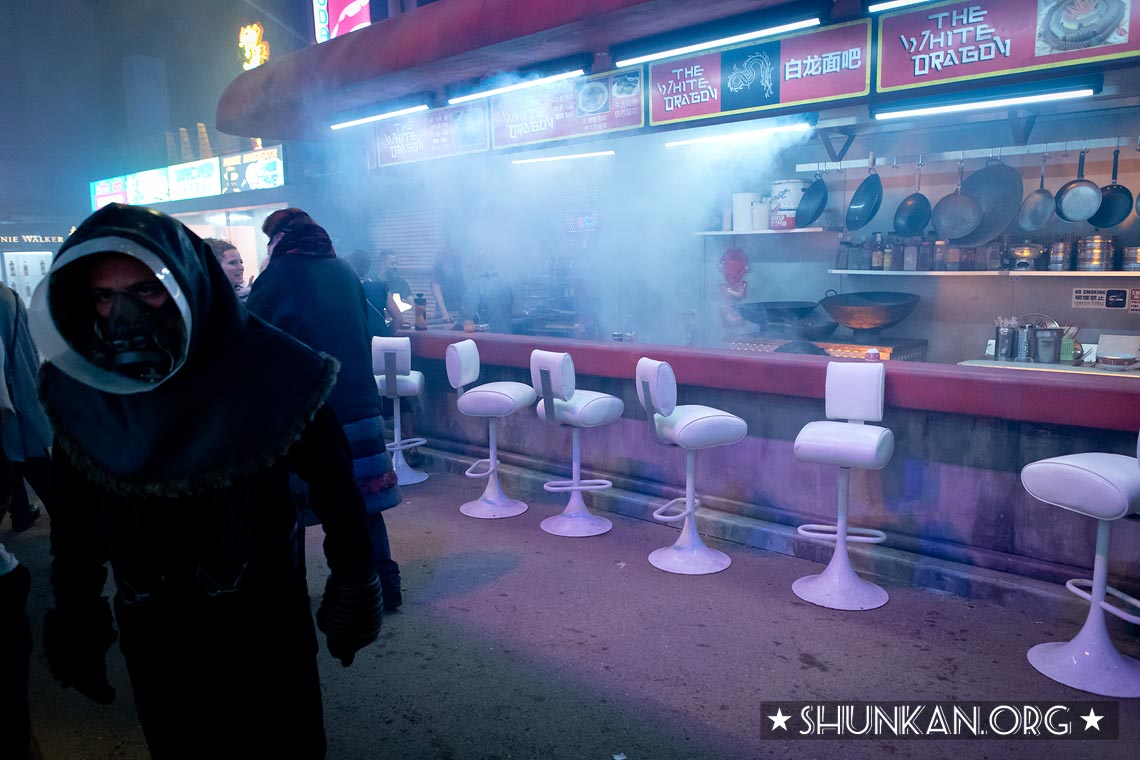 They also built a pretty cool replica of the White Dragon Noodle Bar. I didn't like their noodles that much though. 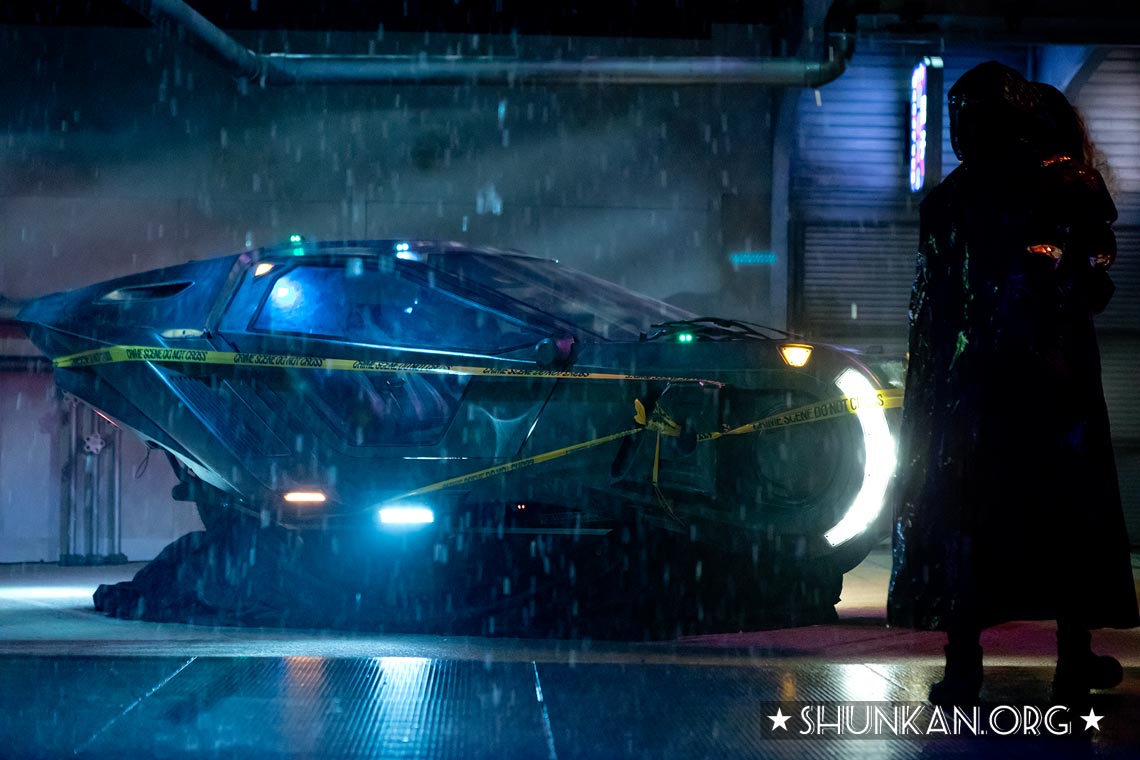 The set also featured a Nexus 8's crashed Spinner vehicle, which is actually the first thing you get to see after the VR experience. They even made it rain a little in the area between the spinner and the White Dragon Noodle Bar.

These are "vending machines", where you'd use the RFID badge they'd given you before and the machine would spit out a T-shirt. It would also display your name on all the screens in a section for a couple of seconds, so you could take a picture of that. Instead of the desired M-size I got a 2XL though. I think I gonna sell it on bay instead and try to get another one in a smaller size.